Well over a year ago I signed up for a blog hop with Melissa Trudinger called the Haberdashery Hop.   While the reveal was Aug 2nd (2014) and I missed it by a LONG shot, I felt the need to finish it.

What is haberdashery?  It’s small articles used for sewing – these days in stores like JoAnn’s they’re called “notions”.  So what do these include? Why buttons, of course!  A few years ago on a random walk through an antique store I picked up a large mason jar of buttons.  It moved around with me and I made a few things from them, like these cute button earrings:

So when Melissa posted about hosting this hop I jumped at the idea….I had been thinking of doing a zipper and button piece but it didn’t really go any further then a thought in my head.  Now I had a reason to get it out in the world!  My initial design started out slightly different and you can read about that here.

So I got out my mason jar of buttons and dumped the whole thing on the table.  What did I want to do? What was my color scheme?  I don’t even know how I picked orange and pink to go together but soon I had a generous pile of orange, pink, black and a few white buttons staring back up at me, there were over 50 there of various sizes.  I did some research and discovered the buttons are likely bakelite and celluloid, types of plastics used in the early 20th century.

I glued my buttons onto pellon and started bezeling them.  One of my first decisions was that no 2 bezels would be the same.  I had multiple buttons of the same size/color so I would do them in groupings.  As I did the first I would count how many beads it took so that I could decide my patterns for the next button. So every single button is unique!

I didn’t get very far into the process before the reveal date was suddenly just there – and I was no where close to done.  And because the reveal date had gone, my motivation kinda went with it…..the buttons were always within my view but the need to get them done just wasn’t there anymore.   I would work on them here and there.  When the bezeling was done then came the part I hate the most: EDGING…..  It’s just so monotonous.

Then in the beginning of September I tackled them again and suddenly the edging was done!

Now came the even harder part – something I’ve never done before – putting multiple pieces together to form a necklace.  And it has to hang right! A friend gave me a mannequin to use – and it was perfect because it was styrofoam base so I could pin into it.  So I pinned the buttons on to it for shaping.  Then once again it sat there because I was terrified of putting it together – I didn’t know how to do this and if I did it wrong….there’s all that work just out the window!  So I started with the easy part – the straps – just a simple stack of buttons in a straight line.  I did each one individually with a VERY long piece of fireline.  Then I had to start shaping the neckline – again it just sat there – that part was exhausting – I kept putting it back on the mannequin to make sure it was sitting right.

Then came my kick in the butt – about 3 weeks ago I scheduled my very first trunk show – where I’d be selling my pieces.  And I REALLY wanted to have this piece done.  So it was my motivation.  In the past 2 weeks is when it’s really come together – the assembly.  I’ve worked on other pieces too – but this was always waiting.  Having the mannequin helped a ton, and one of my smartest decisions, to wait to attach the clasp (which is also a button), was one of the best.

The clasp is a cool accomplish, in my mind at least.  I wanted the clasp to be seamless, so I decided on a larger snap attached to the underside of a button – but I had already bezeled all of my buttons (or so I thought) – so I went back to my stash and found a white button that I had missed. First I had to attach one side of the snap to the “right” side of my backer fabric, then I could glue the bezeled button on and edge it.

so here it comes: IT’S DONE! IT’S DONE! IT’S DONE!
I can’t even express how happy I am, or how proud I am of myself.  That may sound weird but I’m self-taught and have never taken a class, just book reading, the occasional video, and a lot of trial and error. 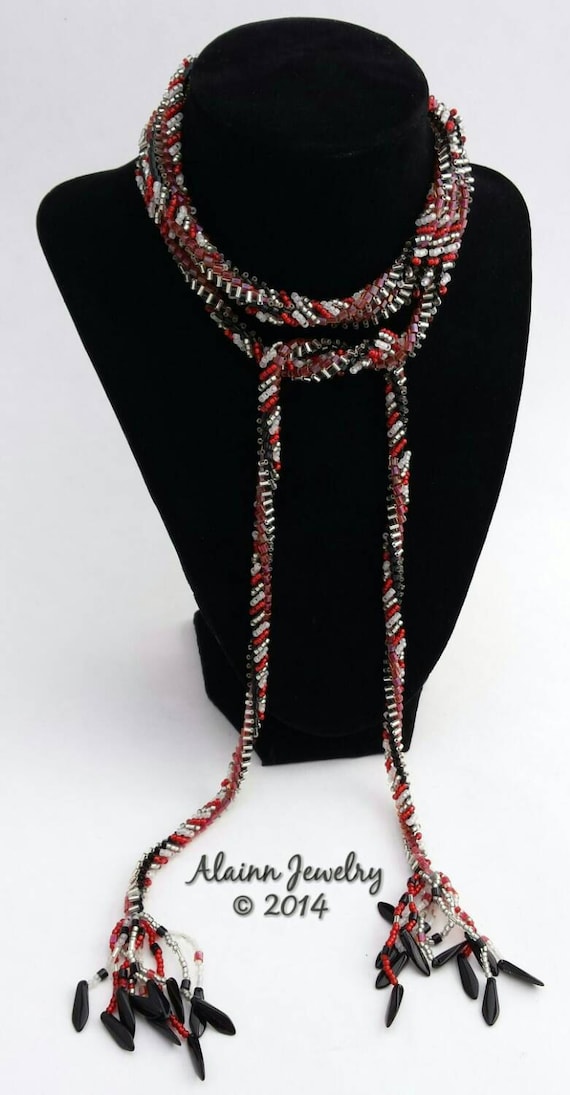